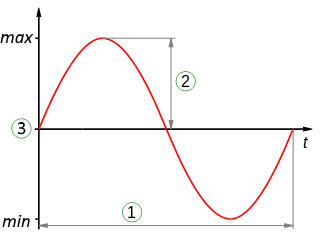 Virtual Sensor copies data from other Vera devices and presents them as standard Vera sensors. This makes almost any state data for any device accessible to any facility that can read or react to sensors.

Many devices have "hidden" values that are actually quite useful to users, so having them copied to a virtual sensor exposes them to light. For example, the battery status of most battery-powered Z-Wave sensors is typically only accessible via Lua. By copying out the battery level of a Z-Wave sensor to a virtual sensor, it's then easy to send a notification (using a scene or notifications directly) when the battery level drops below a certain value.

Virtual Sensor had a much more modest beginning. When I started working on AutoVirtualThermostat, I needed lots of sensor data to test with, but Z-Wave sensors are expensive, so I originally wrote it as a standalone sensor that would just modify its value over time based on a configurable sinusoidal function. Current versions still have that function generator, although I'd bet I'm the only person who uses it.

Virtual Sensor was born (to the public) in early February of 2018. It's available in the Vera App/Plugin Marketplace, the AltAppStore, and on GitHub.

Make a donation to support this project.